Clever car designers are making their new creations look like they’re fitted with impossibly slim headlights by splitting the daytime running lights (DRLs) from the main low- and high-beam units, which are hidden in dark bumper inserts.

That’s a trick Audi used on the 2021 A6 e-tron concept, though you might not have noticed because the promotional images showed the car with only its DRLs lit, leading us to presume they were the real headlights. But spy shots of the 2024 Audi A6 e-tron, the production version of that 2021 concept, pull back the curtain (even if they don’t pull back the disguise), by showing us the real low-beam headlights illuminated.

Though we can’t see the bodywork, we can presume those headlights will be hidden in dark panels, just as they were on the concept. But sadly, not all of the other smart design details from the concept appear to have made the cut in the move to production.

The blanked-off grille looks shorter on the 2024 car, which should debut at some point in late 2023, and the dramatic door coving appears to have been toned down. And while the show car featured hidden door handles and camera-based door mirrors, neither of those features are on the prototypes seen testing here in Sweden and at the Nürburgring.

Related: BMW And Audi Are Jumping On The Split-Headlight Design Trend 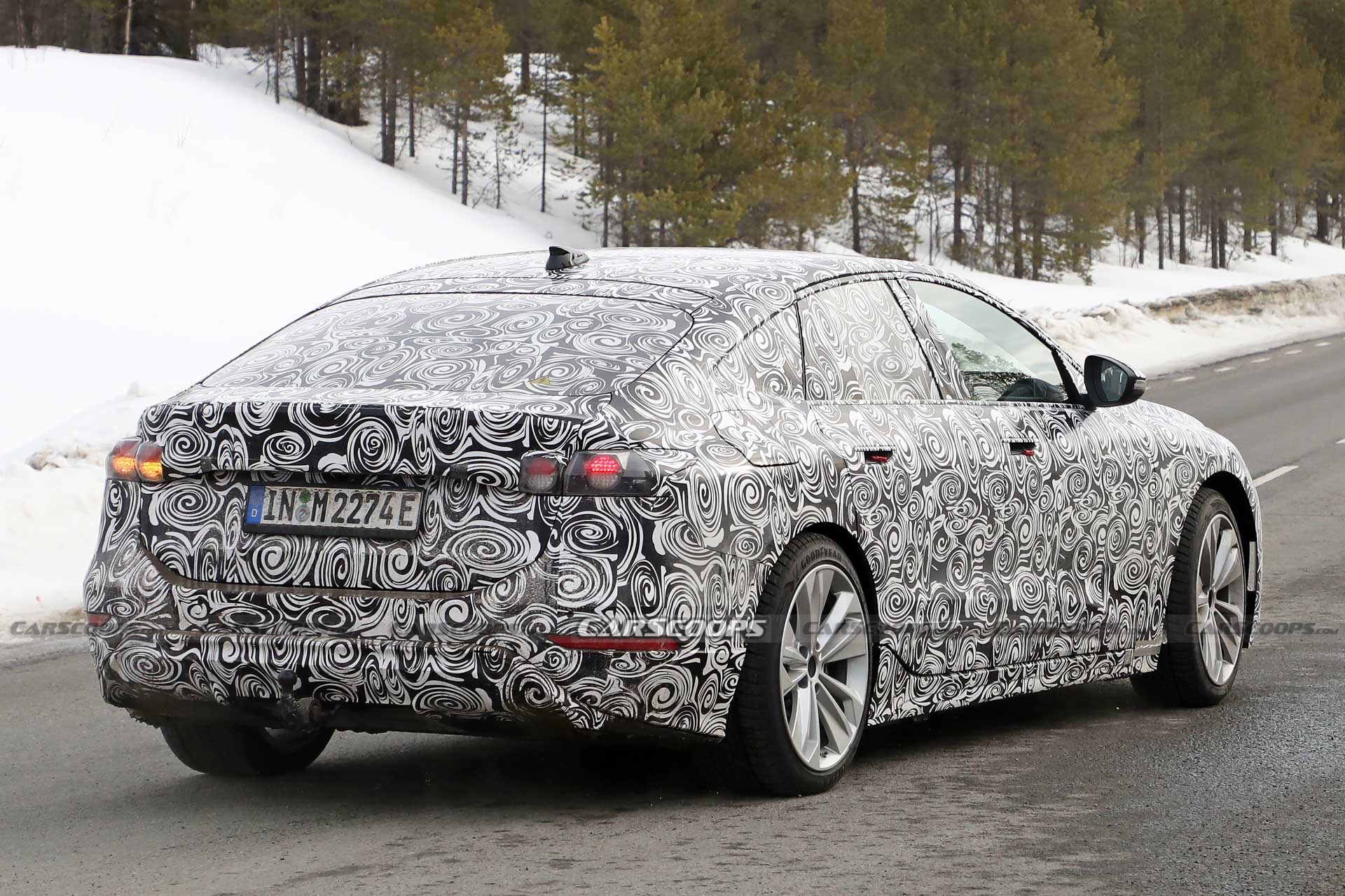 The show car’s stylish 22-in wheels are absent too, though both they, and the fancy door mirrors might make their way onto more expensive versions of the production car. And while the prototype’s rear lights appear disappointingly ordinary next to the concepts, it’s too early to write off the chance of the show’s car’s full-width light bar making it to the street.

Audi’s answer to the Mercedes EQE will be built on the same PPE electric architecture as the upcoming Q6 e-tron and Porsche Macan EV and should offer a range of single- and dual-motor drivetrains. That means entry-level cars won’t be anywhere near as powerful as the concept, which combined 470 hp (476 PS) and 800 Nm (590 lb-ft) of torque, and featured a floor-mounted 100 kWh battery. But on the flip side, a rumored fully electric RS6 successor with the wagon bodystyle previewed by last month’s Audi A6 e-tron Avant Concept, could blow those numbers out of the water.